Events in the city

Discover all the city’s not-to-be-missed appointments

Among acrobats, tumblers and jesters, discover the most typical Venetian mask - the bauta – but also keep your eyes open for other traditional characters: Pantalone, the avaricious skinflint and Colombina, pretty, but as coquettish as she is astute.

The “Festa di San Marco” is also known as the “Festa del Bòcolo”. According to legend, a young troubadour in love with a rich Venetian girl decided to go and fight for the Serenissima to obtain her parents’ approval. Seriously wounded in battle, with his dying breath he asked a friend to take a curl coloured with his blood to his beloved. When she received the curl, so great was her suffering that she decided to take her own life. Since then, it has been the custom for every Venetian man to give his girlfriend a red rose.

A rowing race a full 30 kilometres long through the canals and most picturesque places of Venice. Taking part are some 1500 rowing enthusiasts who meet up every year for a day dedicated to sport and good healthy fun.

This is Venice’s fête par excellence, the best loved among Venetians. Every year, music, dancing, fried foods and spare ribs come together at Castello, the district of Venice furthest from the beaten tourist track and still the city’s true heart.

For the festival of Our Saviour, the lagoon is transformed into a riot of lights and colours - hundreds of boats, the quaysides decorated with coloured balloons, everyone ready for a night of revelry and merry-making. Then at midnight, eyes to the sky for the most beautiful fireworks of the year colouring the magnificent Venice lagoon.

As well as getting an excellent tan strolling along the shore, at Lido di Venezia, you can also take sneaky snaps of Hollywood stars, actors and celebrities from the show business world and admire masterpieces of international cinema among red carpets, journalists, film stars, sun, music and aperitifs.

Unique in the world, going back thousands of years, the historic regatta is the pride of the city. Dozens and dozens of 16th century boats in a multi-coloured procession faithfully reconstruct the glorious past of the Maritime Republic. Doges and their wives and high officials all in costume. A truly evocative event.

Celebrated since 1630, this religious festival is deeply felt among Venetians. A votive bridge of boats is constructed ad hoc to connect the imposing church of La Salute and San Moisé and celebrate the votive offering of the Doge of Venice in distant 1630. In that year, the Doge asked for the intercession of Mary to put an end to the terrible plague afflicting the city. Today for the youngest participants, the mass and celebrations are accompanied by sweets and balloons.

Founded in 1895, the Venice Biennale touches and seeks out art in all its main forms and expressions - art, architecture, cinema, dance, music and theatre. It is a not-to-be-missed appointment for its prestige, its exhibitions and its performances by some of the world's most famous artists of contemporary art. 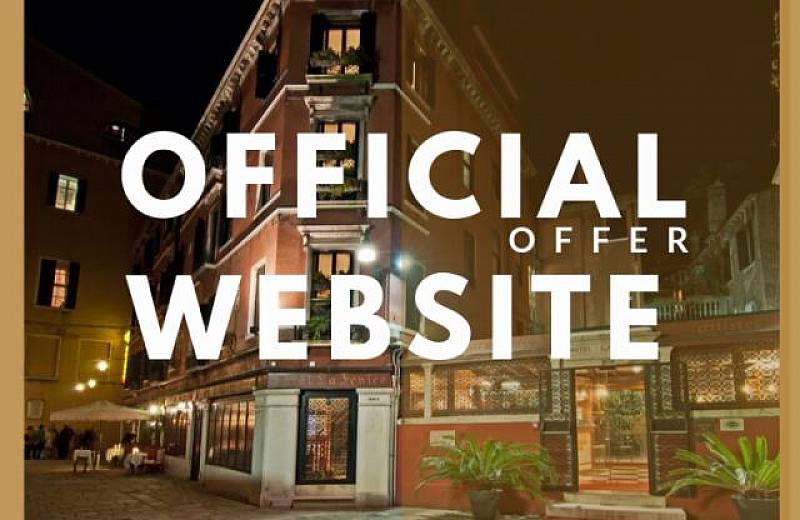 Book on the official Site Staying here means living art in all its forms - notes, paintings, books, photographs and autographs. Guests, artists and travellers appreciate above all the originality and homely atmosphere of our hotel. Here you can find art in every corner, with more than 200 paintings.
See more

The phoenix is the symbol of our hotel. The legend tells of a mythical bird from Arabia. It died every 500 years to then rise up again from its own ashes. A rare creature, almost impossible to find. Like a phoenix, our hotel is immersed in legend, history and reality.
See more